We've set up four working groups made up of Commissioners and other people representing a range of subjects and sectoral expertise. They are considering the following themes:

Consider what a resilient nation looks like, identify the key threats and challenges facing Scotland, and explore how resilience can be built and developed.

The government needs to open the doors to business

Few people would want to be in the shoes of the politicians who have grappled with unprecedented levels of complexity over the past 20 months.

Covid shows our businesses must be more resilient

We live in a “just in time” (JIT) economy, which means companies receive goods as close to the point of being needed as possible

Businesses must reflect honestly on their resilience

Prevention and robust preparation are key in supporting an effective response to both emerging and known challenges.

What exactly does resilience mean, and what does it entail?

Enhance Scotland’s ability to effectively utilise data, evidence and science, in preparing for and responding to major challenges and to support or enhance wellbeing.

Digital communications during the pandemic

The health and behaviour of each and every one of us throughout the pandemic has been driven by the science, data and information used and shared by decision-makers.

Learn from our best public service behaviours, practices and outcomes so that more people can benefit from them across Scotland as a whole.

Anna Fowlie gives a response to the Post-Covid-19 Futures Commission's report from the perspective of the third sector.

Dr Poonam Malik FRSE gives a response to the Post-Covid-19 Futures Commission's report from the perspective of the business sector.

Examine how the public has been informed and engaged during the crisis, and the extent of participation in decision making over the pandemic; consider how we build on this experience.

Do we really get a say in government decision making?

We have had investment in participation models such as citizens assemblies, and while these are welcome, public input remains on the periphery. 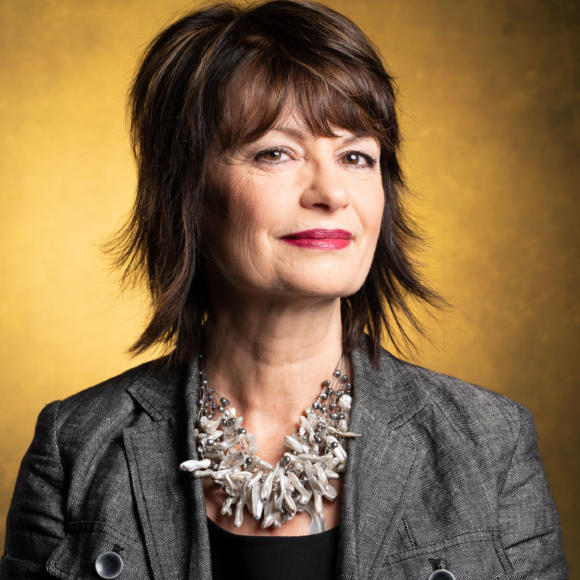 Anne Glover is a molecular biologist who has studied how we respond to stress at the molecular level. She was the first Chief Scientific Adviser to the President of the European Commission (2012-2015). Prior to that, she was the first Chief Scientific Adviser for Scotland (2006-2011). She has been an effective and well-respected ambassador for European science. She is a trustee of many charities and has a particular interest in how knowledge can be used to transform lives in Africa. She is President of the Royal Society of Edinburgh and took up office in April 2018.
Close 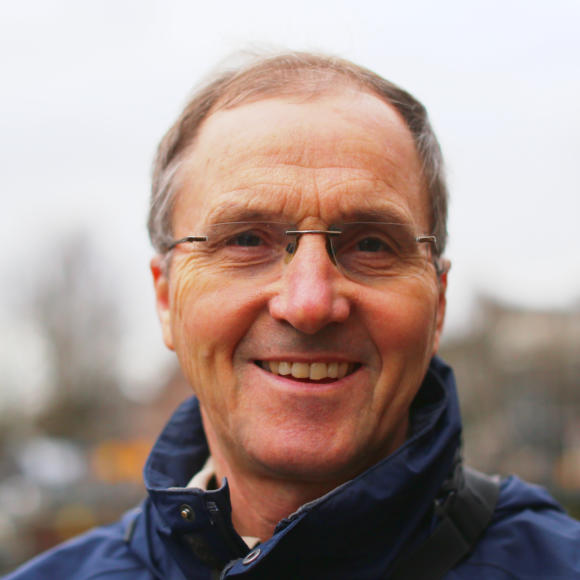 Professor Sir Ian Boyd is currently a professor at the University of St Andrews and Chair of the UK Research Integrity Office. He was Chief Scientific Adviser to the UK Government on Food and the Environment (2012-2019). He is a marine and polar scientist and previously served as the first Director of the Scottish Oceans Institute at St Andrews. He is a director of a number of trusts and companies. 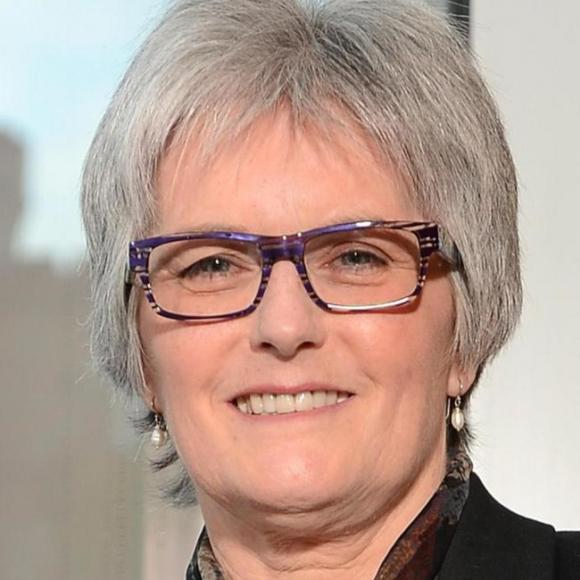 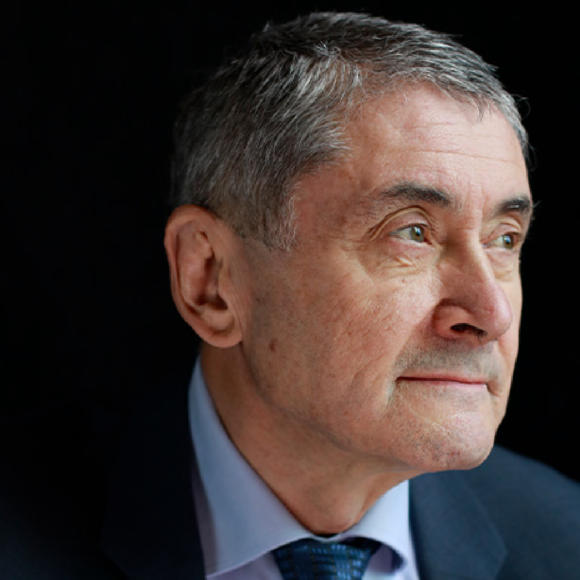 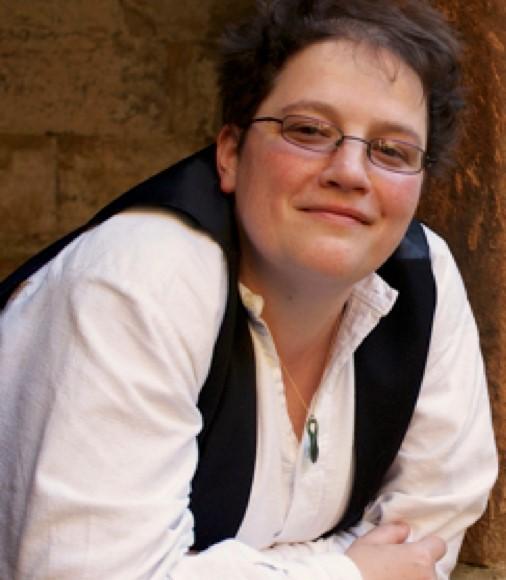 Professor Niamh Nic Daéid is Director of the award winning Leverhulme Research Centre for Forensic Science (LRCFS) the 10 year mission is to provide a robust underpinning for the scientific evidence presented in our Courts. She is a Chartered Chemist and an authorised Forensic Chemist with specialisms including fire investigation, clandestine drug chemistry and explosives.

She undertakes forensic casework, primarily in fire scene investigation and has appeared as an expert witness for the Courts. She has chaired the European Network of Forensic Science Institutes (ENFSI) fire and explosion Investigation working group, the INTERPOL forensic science managers symposium and was deputy chair of the Scientific Advisory Board of the International Criminal Court. 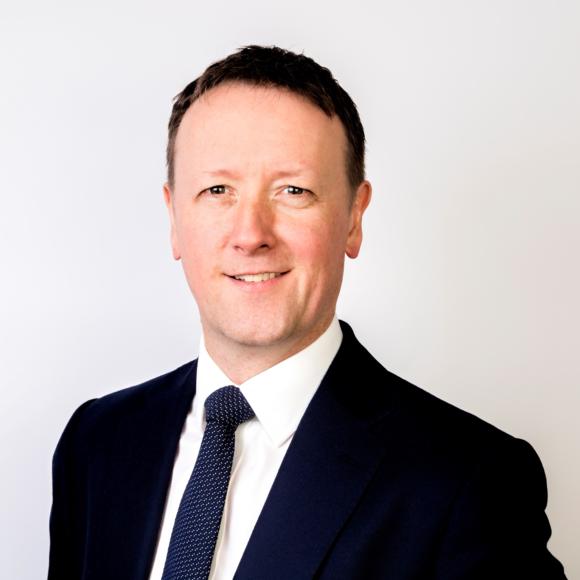 Jim is Chief Executive Officer of Megger Group, a global engineering test and measurement company with bases in all major areas of the world. Previous to his current role, he was Executive Director of Renfrew-based Howden Group. He is a Chartered Engineer and a Fellow of the Royal Academy of Engineering. He was awarded an OBE in 2007 for Services to Business and Disadvantaged People in Glasgow and in early 2020 received an Honorary Doctorate from City University, London.

He is a Commissioner for the Building National Resilience Working Group. 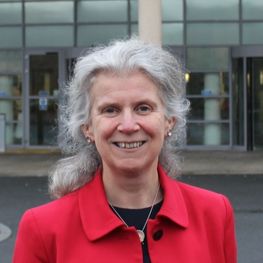 Lesley Fraser has been Interim Director General Organisational Development and Operations since July 2019. DG Organisational Development and Operations is responsible for digital transformation and IT/digital services, communications, ministerial support and facilities, people and social security as well as finance and procurement advice, support and systems.

Since 2001 Lesley has worked in a range of posts in the Scottish Government including:

Before joining the Scottish Government, she worked for Tower Hamlets Council in London, English Heritage and the UK Government. Lesley was a historic buildings expert before becoming a civil servant.

Lesley Fraser is a Commissioner for the Inclusive Public Service Working Group. 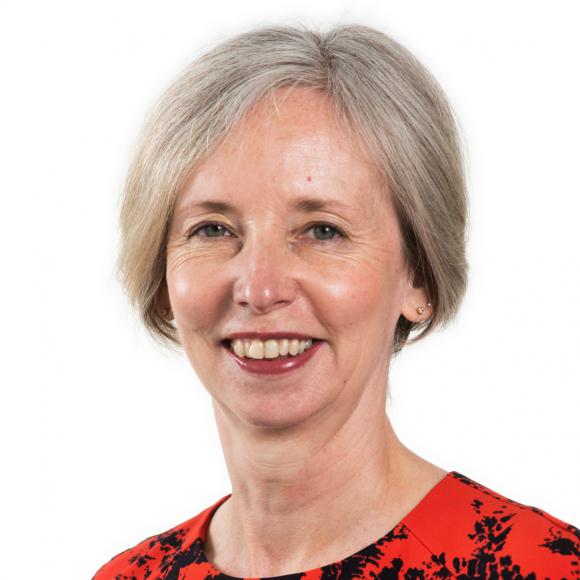 Caroline was the Auditor General for Scotland from 2012 to 2020, during a period of significant growth in Scotland’s financial powers.

She is a Fellow of the Royal Society of Edinburgh and of the Chartered Institute of Public Finance and Accountancy (CIPFA).

Caroline Gardner (FRSE) is a Commissioner for the Inclusive Public Service Working Group. 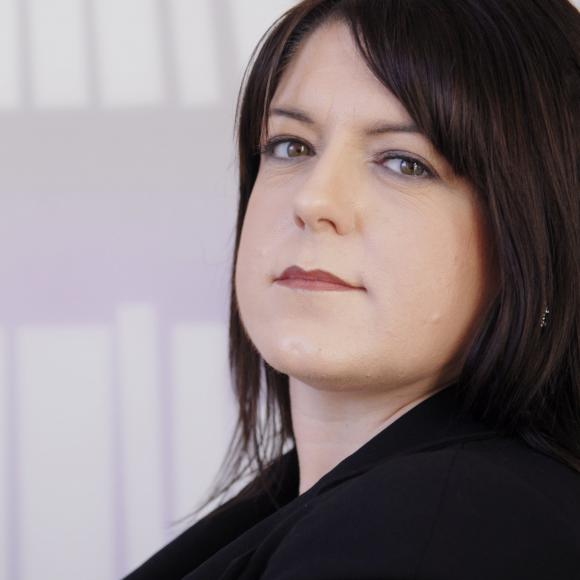 Louise believes that cross sector collaboration and community empowerment are key to creating the just and equal society we are striving to build. She is committed to creating space for diverse groups of young people to be part of policy and decision making – respecting and fulfilling their rights as active citizens. Her commitment has been shaped by experiences and relationships made in community settings and national programmes in the public and third sectors across Scotland.

It is this commitment that underpins Louise’s work as Chief Executive of Young Scot, the multi award-winning youth information and citizenship charity. Louise is also Independent Co-Chair of the First Minister’s Advisory Council on Women and Girls; Board member of the Scottish Parliament think tank Scotland’s Futures Forum, and Presidency of the European Youth Card Association (representing 39 countries and 7m+ young cardholders).

Louise Macdonald is Co-Chair and Commissioner for the Public Debate & Participation Working Group. 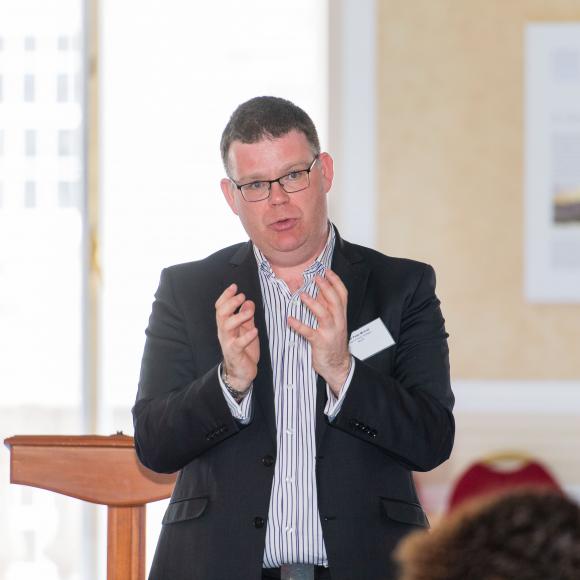 Peter McColl works on futures and policy. He is particularly interested in how technology and can be used to strengthen the core human competencies of caring, creativity and collective decision making. He is seeking ways to create participatory futures methodologies that can help people to understand how change can be done in an inclusive way. Peter was Rector of the University of Edinburgh from 2012-15, and has been Head of Policy for Nesta and Snook.

Peter McColl is a Commissioner for the Data, Evidence & Science Working Group. 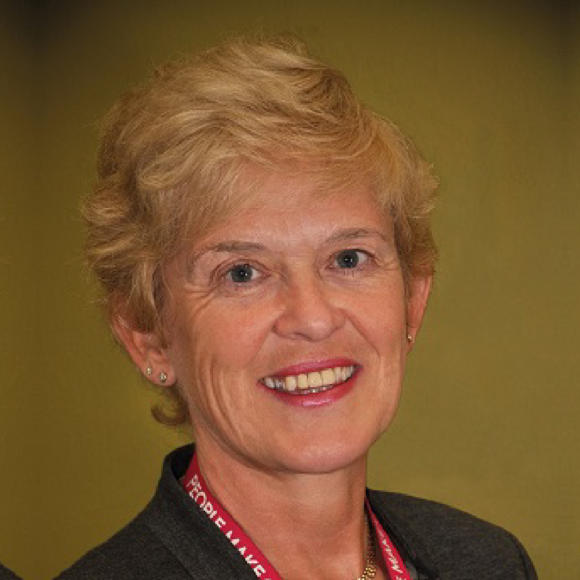 Maureen started her teaching career in the former Grampian Region before moving back to Strathclyde and becoming principal teacher of mathematics and then assistant headteacher in Kilsyth Academy.

In 2000, she joined Her Majesty’s Inspectorate of Education, where she inspected a wide range of schools as well as education authorities and child protection.

She joined Glasgow City Council in December 2007. Maureen was President of Association of Directors of Education of Scotland (ADES) from 2015 to 2019 and is honorary Vice President of Basketball Scotland and was one of the first women to qualify to be an international basketball referee. She is on the Advisory Board of Career Ready UK and is on Glasgow Colleges Region Board.

Maureen received an OBE in the Queen’s New Year Honours list in 2015 for services to education in Glasgow and Malawi. 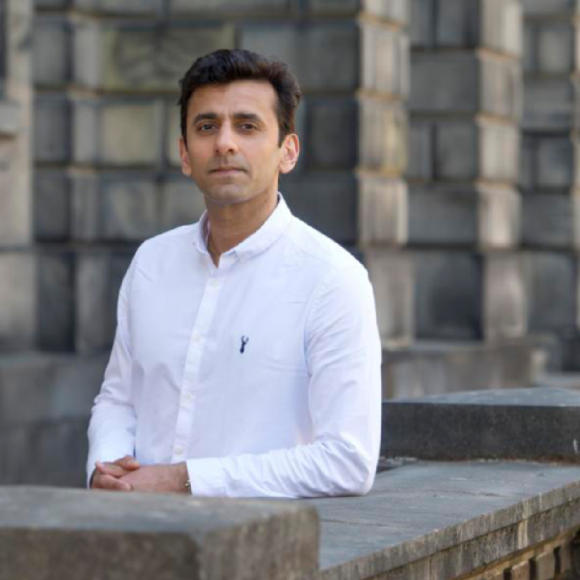 Professor of Race, Identity and Citizenship University of Edinburgh 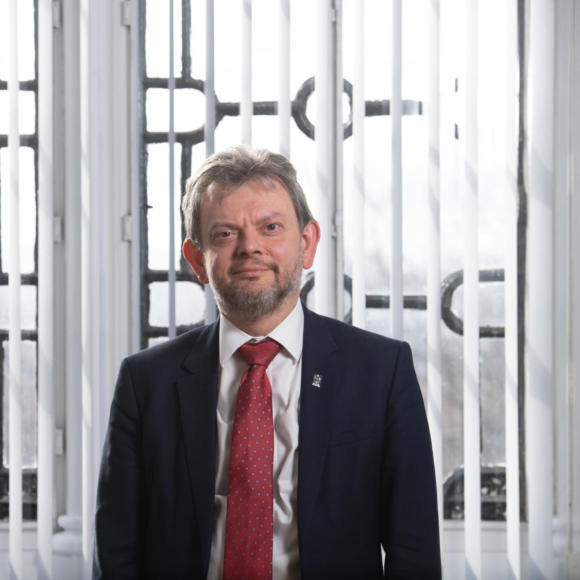 Principal and Vice-Chancellor University of Glasgow

He is former Chair of the Russell Group of Universities and was a member of the Scottish Government Advisory Group on Economic Recovery, set up to provide expert advice on the response to the COVID-19 crisis.

Sir Anton chairs the First Minister’s Standing Council on Europe and the Commission on Economic Growth for the Glasgow City Region. He is a member of the Scottish Government’s Council of Economic Advisers and a Director of the Universities Superannuation Scheme Ltd. 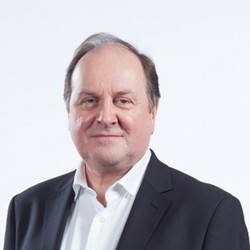 James Naughtie (FRSE) is a Commissioner for the Public Debate & Participation Working Group. 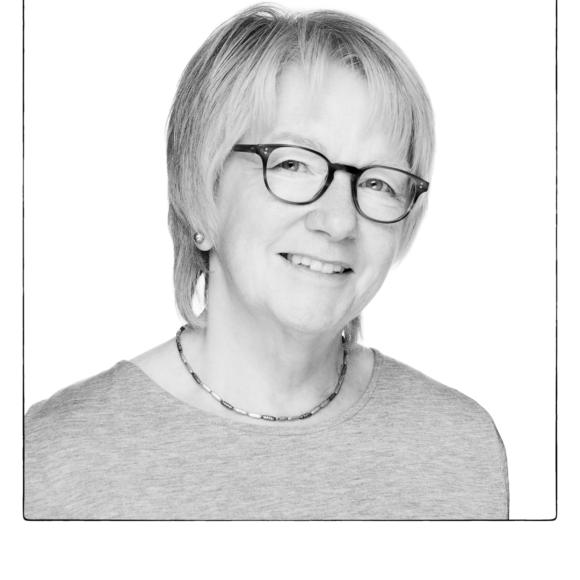 Seona Reid’s professional career has spanned performing arts, heritage and arts funding and higher education, most recently serving as Director of The Glasgow School of Art (1999-2013) and Director of the Scottish Arts Council (1990-1999). 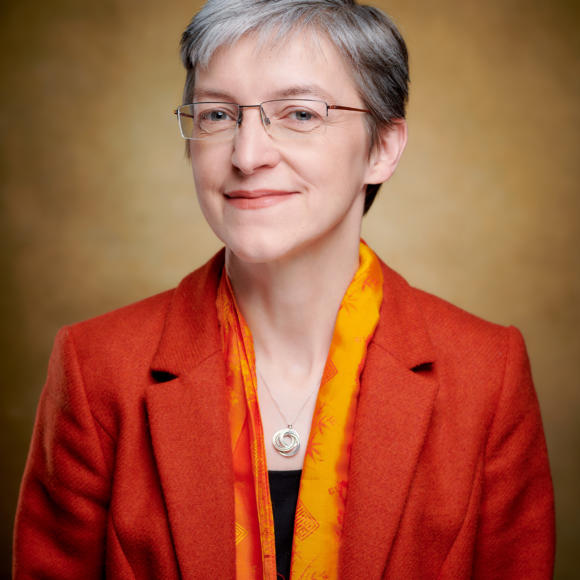 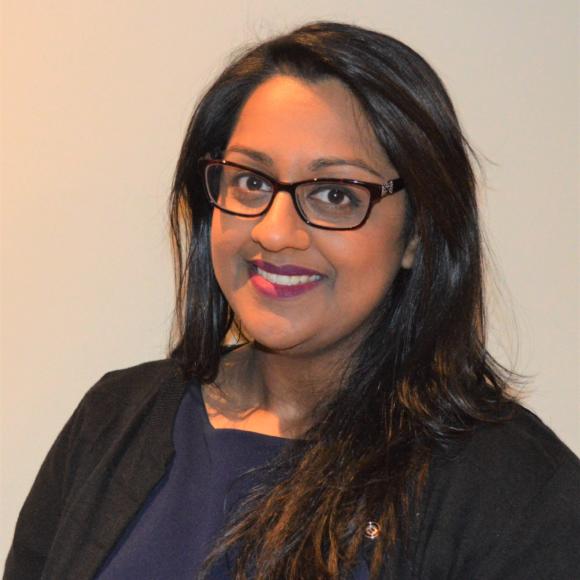